This is the third year of this event. In all, there were over 180 young riders from Ireland, Northern Ireland, Isle of Man, Britain, Belgium and Denmark. The race is run under ICF rules and the Chief Commissaire was none other that Jack Watson, from Belfast, a UCI International Commissaire who has run Professional World Championships in the past. I first heard of this race in 1999 when Kay Woods of ‘Go Ireland’ approached me to find out if Irish Ferries would be interested in helping the UK based teams with the cost of ferry travel. This is our second year of involvement with Killorglin CC and the Kerry Youth Tour and we’re delighted with the numbers of foreign teams coming to Ireland to race. Thanks must go to the race committee and the volunteers who made this an enjoyable and safe weekend of racing. The good weather for the weekend played no small part in the great racing, with a beautiful back drop of the Kerry Mountains.

Category 3 (Under 12s) There were 34 entries in this section and our own Niall Rock Mc Nally Swords finished in a outstanding 5th place overall on GC. The category was won by Gavin Pyke riding for Ireland, 2nd was Evan Dennihy riding for Kanturk 3rd place went to Pat Ahern riding for Ireland. In fact, Niall’s 5th placing must be put in context. The 2nd placed rider was only 12 seconds ahead of Niall on GC, this after 3 days of racing. Niall, held his own with the best of them. Well done Niall.

Category 2 (Under 14s) Again a big field in this one. There were over 60 riders and Shaun Rock, riding for Leinster, finished in a creditable 10th place overall on GC. Category 2 was won by Ian Stannard riding for British Schools , 2nd was Adam Petrie-Armstrong riding for Ireland, 3rd place went to Chris Opie riding for British Schools. Shaun rode a very good race and was unlucky not to finish on the podium. The 3rd placed rider was only 38 seconds ahead. Well done Shaun and you never know next year there might even be a ‘mailot jaune’ to take home.

Well done to one and all. It’s a great experience for our young riders. Lets hope we can build on this for the future. Special thanks must go to the sponsors and supporters of the Kerry Youth Tour without their help this race would not be possible. Westwood Homes / Killorglin Credit Union / Irish Ferries / Kerry County Council / Irish Cycling Federation / Coca Cola / Western Union / Splash Design. 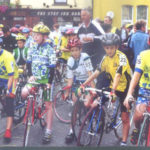 U12 with Niall in his All Ireland U11 Jersey 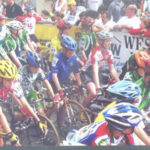 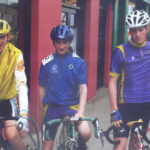 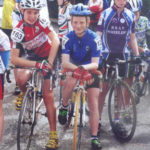 Sean Rock in the Leinster colours 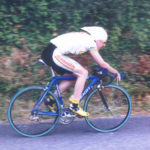