Sportstar of the Month, Caroline Kearney 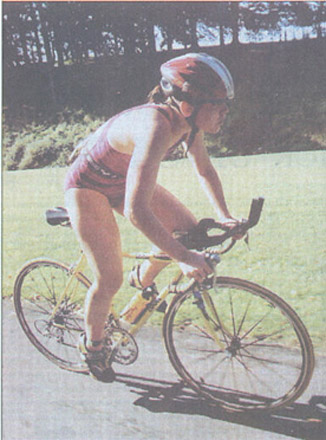 Every month throughout the past year the Fingal Independent in association with Holiday Inn, Dublin Airport, has nominated some Fingallian as Sportstar of the Month. Now, at the years end there are 16 winners [there were some joint winners] who are in line for the Sportstar of the Year Award for 2001. The selection is made by readers who cast their votes on an entry form that will appear in the editions of the Fingal Independent dated December 7th, 14th, 21st, and 28th.

The Sportstar for October was Caroline Kearney; the résumé that appeared in this weeks edition of the paper about her achievements during the year are impressive. Caroline will get the overall award if enough people vote for her. Perhaps the word could be put out to this effect so that as many as possible are encouraged to give her a well-deserved “lead-out”.

The Fingal Independent invites its readers to vote as often as they wish on the official entry form. Closing date for votes is 6th January 2002.