What was your introduction to cycling? (First Club, first races, first result)
My introduction to cycling was watching my Dad racing in the Swords League many years ago He still has the trophy from when he won the visitors league in 1996. In 1995 at the age of ten I joined the Balbriggan Cycling Club and my first ever win was 5th place in the Stamullen GP that same year. 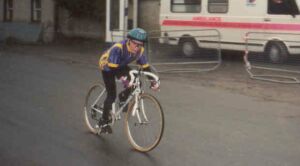 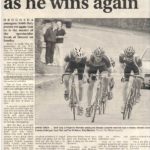 Your best season?
My best season so far has been 2001 where I won twelve open races and two major leagues.

What result/performance are you most proud of?
The result I am most proud of to date is being the 1st junior at Batterstown Leinster League in March 2002. 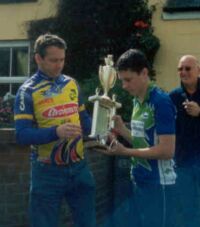 Career highlights?
So far the highlights of my cycling career was winning the:

The Ras (or Gorey) how many and best performance?

Haven’t riden in the RAS yet but I intend to make a good impression there some day. First outing in the Gorey this Year

Memories of racing (or touring) overseas?
Racing overseas for me came in 1999 when I made the Leinster Team for the Manchester Youth Tour. International racing brings many domestic champs down to earth. The thing about this racing is speed, speed, speed!!!. I was happy with my performance and enjoyed the experience very much

When things go wrong (Or the one that got away)?
My biggest mistake was during the 2001 All Irelands. A rider went down the road after one of three laps, I decided to try and close but got no help and to make things worse I clearly won the bunch sprint. I could have got away but decided to stay with the stronger riders This cost me an All Ireland Medal but not to worry I’ll get one yet.

Biggest influences in your career?
My biggest influence in my career has got to be my Dad. He is my coach, manager, masseur, chaufeur, nutritionist and financier.

How long with Swords & why you joined (or why you stay)?
Although this is my first year with the Swords we have a long association with the club going back as far as when dad won the visitors League. I do all my training with the Swords lads an also Pat Halpin has be whispering in my ear for the last two years about joining. 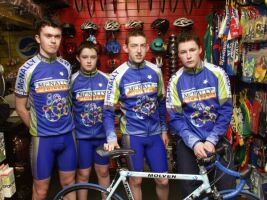 Favourite present day Pro’s?
Jackie Durand is one of my favourite pro’s because he is a trier and really deserves everything he wins.

Favourite Pro sprinter?
My favourite sprinter is Marco Cipolini because he is a good showman and on a good day is unbeatable.

Best one day Pro race?(Flanders? Parix Roub , Milan San, W/champs)
Favourite one day race has to be the World Championships.

Race day nutrition (Breakfast — mid race drinks — recovery etc)?
On the morning of a race I usually start off with cereal, toast and Cola Coa.(chocolate Milk). A couple of pancakes go down nicely too if some one gets up to make them for me.!! During the race if I think about it I snack on jelly’s, tracker bars and carbo drinks. 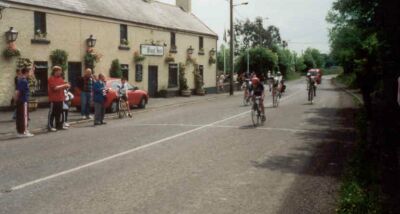 What do you love most about cycling?
I love cycling all round but there is nothing like seeing your front wheel cross the white line first.

Interested in any other sports?
I have many other interests such as rugby, gaelic swimming and Playstation 2!

Best Cycling Book(s) you have read?
I’m not big into reading but Serious Cycling by Prof. Ed Bourke covers everything.

What advise would you give to 1st year racer?
My advice to a first year racer would be to train hard and be patient. Use your head and conserve energy when you can. Try and pick out the strong men and keep an eye on them.

How can they then turn good performances into good results?
Everyone wants results. When a football team loose a match they want the manager’s head!.. There is no magic formula. Just enjoy the sport and give it your best.