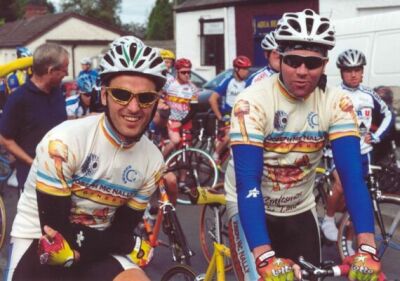 What was your introduction to cycling?
Me old man!

What result/performance are you most proud of?
Stage 3 in the 2002 Corkman 2 day when I pipped Paudi after I escaped later to be joined by him with three laps to go. (The gap was never more than 10 sec for the 3 laps!)

The Ras (or Gorey) how many and best performance?
Did the Ras just the once (and once was enough!). I rode with Swords in 1998 with Cian Lynch, Simon Whelan, Anthony Doyle and Martin Maguire.

The Gorey – 5 times (not quite as many as the owl fella).

Any good memories of the Park
Finishing 5th in the Jim McQuaid Memorial from a 12 man break that went from the line in a 60 mile Park Gallop. 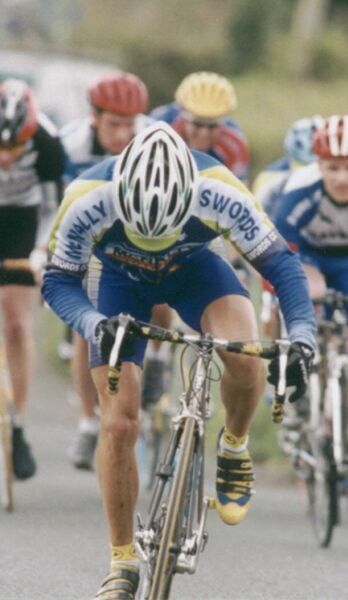 Memories of racing overseas?
I’ve been to watch 3 World Championships. Oscar’s 1st win (Oscar who? was the question that year), Cippo’s World Championship win and this year in Verona I watched Oscar Freire win his third World title.

When things go wrong (Or the one that got away)?
Puncture – Tour of Fingal – Yellow Jersey – Bye Bye!

Best rider (amateur) that you have ridden against?
Mark Scanlon – Gorey 1998! A machine!

How long are you with Swords?
Since 1997. I joined and my old man followed shortly after. 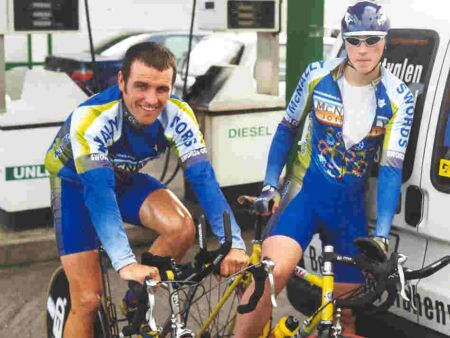 What do you love most about cycling?
The freedom.

Interested in any other sports?
Watching Cricket & Soccer (Leeds Utd.)

Best Cycling Book you have read?
Graham Obree’s The Flying Scotsman. An excellent book and what makes it even more interesting is that I was out training with him on MTBs in the Isle of Mann and he was telling me what he was going to do and how he was going to redesign the bike using longer cranks, shorter bottom bracket, different riding position, different handlebar design etc to taken on Mosers World Record for the hour. My old man was horrified and said that he should apologise to Moser. I just thought he was quite mad (and he had hairy legs!). He won the Mountain TT in the Isle of Man that year and 2 years later achieved the World Record.

What advise would you give to 1st year racer?
Have fun. Go on your instinct. If you make a mistake… it’s your mistake.

How can they then turn good performances into good results?
Work on your sprint… the last 500 metres in a race often prove to be crucial. 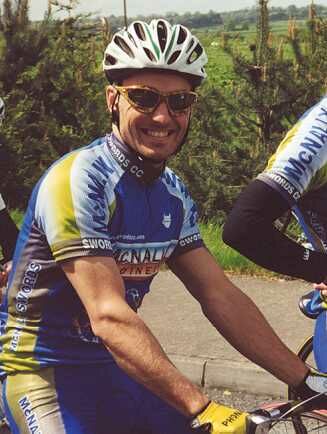 Favourite cycling holiday destination?
Switzerland. Julier, Bernina & Fleua Passes – all 3000 metres and only a couple of miles from where the brother lives. Next year he is starting up in the Bike Tour business so some of ye might get to taken on these passes yourselves. Brian’s company is called ‘Swiss Valley Tours’ and he is presently getting a website setup, but the photos wont do the place justice! You just have to experience it for yourself!

Most enjoyable Tour (non racing)?
Any training spin with the lads in February.

Favourite tea stop?
Tara – the Scones, eased down with Rhubarb Jam & and washed down with coffee.

My Favourite Sunglasses!
Here’s a close up!
Went missing after a race.
Can’t be two people out there with such style!