See below Brendan Culletons tribute to Sean Lally who is indeed ‘flying’ this year. Last Sunday saw him take his 5th win from six starts in the IVCA Sunday League. You can check out the photos on Brendan’s site which will show tight this one was just holding off Sean Bracken and brother Jimmy (not forgetting the entire bunch breathing down their necks). He had an earlier dig on Soldiers Hill which was brought back and 5 riders broke clear from a bunch that was motoring on the run in to Dunshaughlin. Sean Lally bridged the gap to the break who only had a slight advantage on the bunch, just in time to contest the sprint. He told me later that the tank was quite empty as he approached the line and this turned out to be his tightest finish yet. No point in finishing with energy to spare!!! 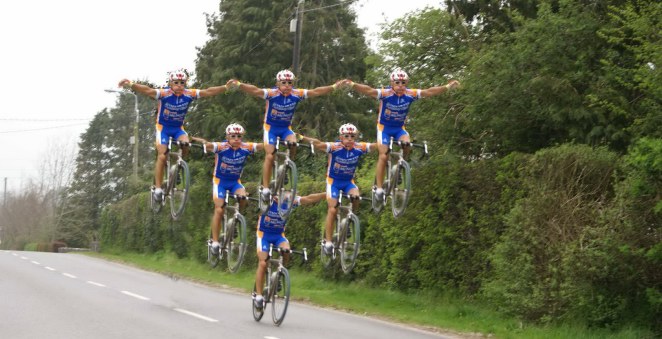