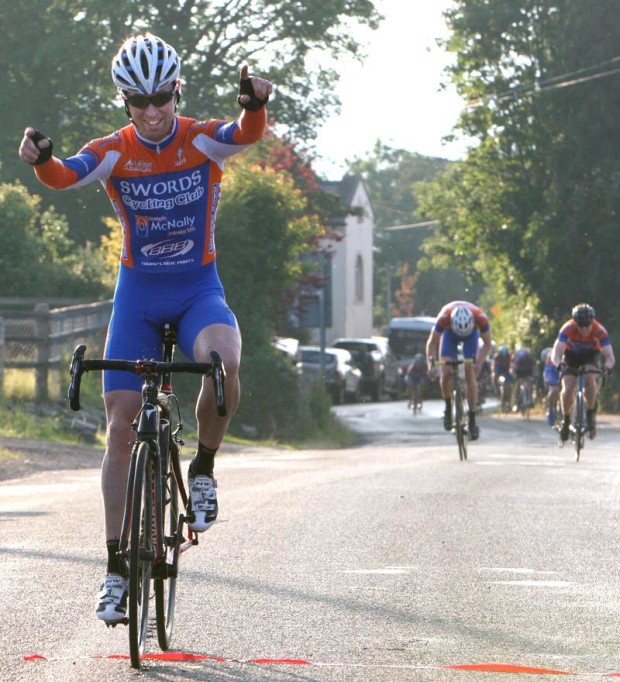 It’s the one race that every rider in the club is hungry to win. League races are always nice to nibble on, but none are as satisfying as taking a nice big bite out of the Club Championship trophy. Some riders try for years, placing orders which never get delivered, others skip the long queue and get served in their first year with the club. Derek Humphries showed what perseverance is by taking the win after six years of always coming close.

In a race with tricky conditions on a tough circuit, Derek launched a very late appetite-busting attack winning with a comfortable gap as no one was able to go with him. He had plenty of time to chose his celebration and he went with the single-finger-on-each-hand-pointed-with-the-hands-straight-out-approach. It’s not often seen at the finish-line but we checked the rule book and it is a valid option.

The race itself was not without incident as some errant sheep on the course brought some riders to grief on the slippery tarmac.

Not to be foiled by sheep or a break away attempt by other riders, Derek was able to lick his chops and finally take a well deserved victory.

Johnny Holland and Finbar McGurren fought it out for the scraps. 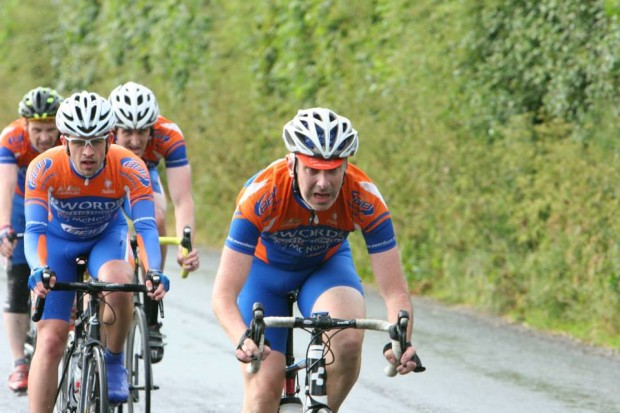 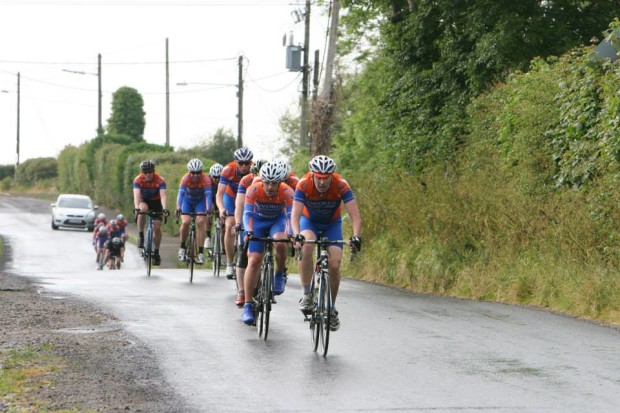