Doherty Delivers in Deluge Despite Disputes 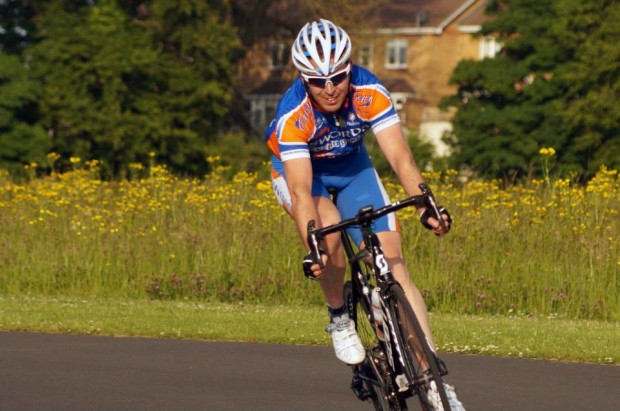 It’s all getting rather tense at the top end of the Joe McNally League now that there are just three races to go. Following Wednesday night’s controversy, Derek Humphries (pictured, sorry Paul, I couldn’t find a picture of you) leads Johnny Holland by a solitary point as Johnny was not present to score any points. That’s all you need to win the league but with Derek off to “re-charge his batteries” next week, that means that Johnny can put some daylight between the two of them, but only if he gets into the mix at Corkagh Park. 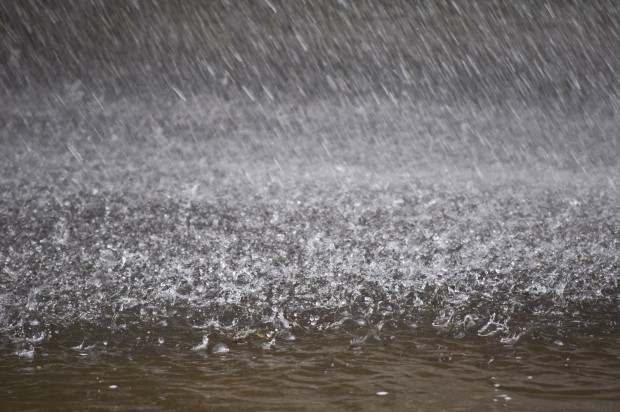 Accurate re-enactment of the weather on the night.

“What’s that controversy?”, I hear you say. Well, seems some of the groups either don’t read Facebook or just plain forgot (let’s ignore the fact that no one mentioned it at the start of the race) that the regular circuit was altered to avoid a previously troublesome lane way. Who knows how it might have panned out otherwise, but the final result was that the scratch group, who adhered to the prescribed circuit for all the laps (bless their honest souls) never caught the earlier groups who took the regular route.

Strava was analysed, the distances were checked, even the elevations were compared; the results were deemed valid. Paul Doherty got a gap and kept it. Adam Swirydowicz came in second followed by Dave McKevitt.

Meanwhile in the women’s league, Alicja has a sizeable lead over Toni, but with three races to go nothing is decided.

In the junior competition it is even closer with Ian trailing Frank by just 16 points.

It may come down to a Nag’s Head showdown for all the top positions, and not for the first time either.