Fresh off his Rás an Laois victory (well, relatively fresh), Finbar McGurren showed us that those wattage numbers really are true by taking the first league road-race for 2016 in the A race.

With a gap of just 2 minutes to overcome a select group from of 5 from scratch bridged to semi-scratch on the second lap. Some semi-scratch riders caught the passing train and the enlarged break group forged on. It was then trimmed down later on on Four Knocks with all of the original break keeping pace. Finbar emerged triumphant with Aureliusz of Stamullen in 2nd and Damien “I broke my collar-bone in a race and still won it” Donlon taking 3rd.

Meanwhile, in the B race, Ian Morrissey (son of everyone’s favourite Swords CC fireman) took the win over Frank Pierce and Alan Nolan. 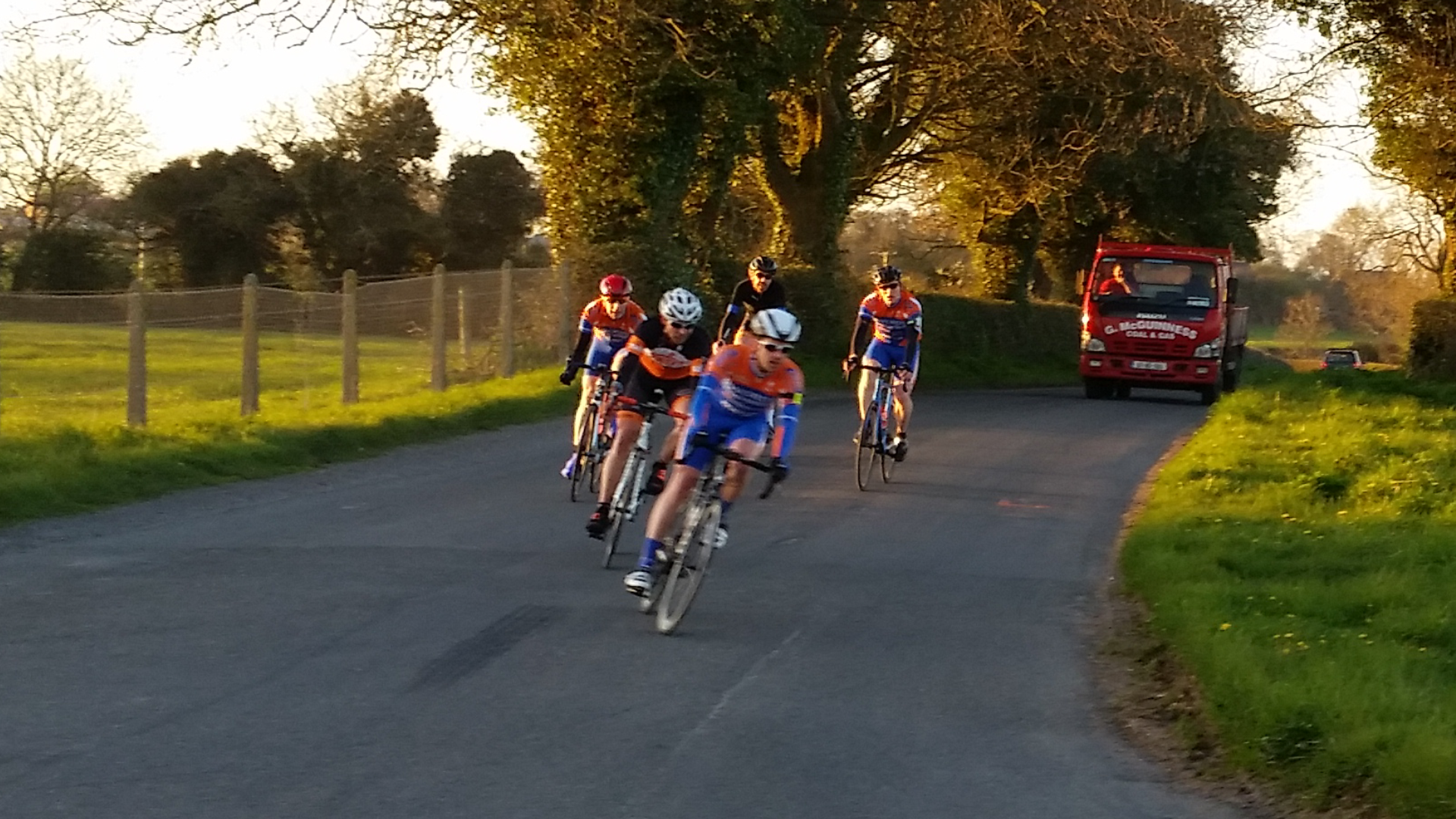 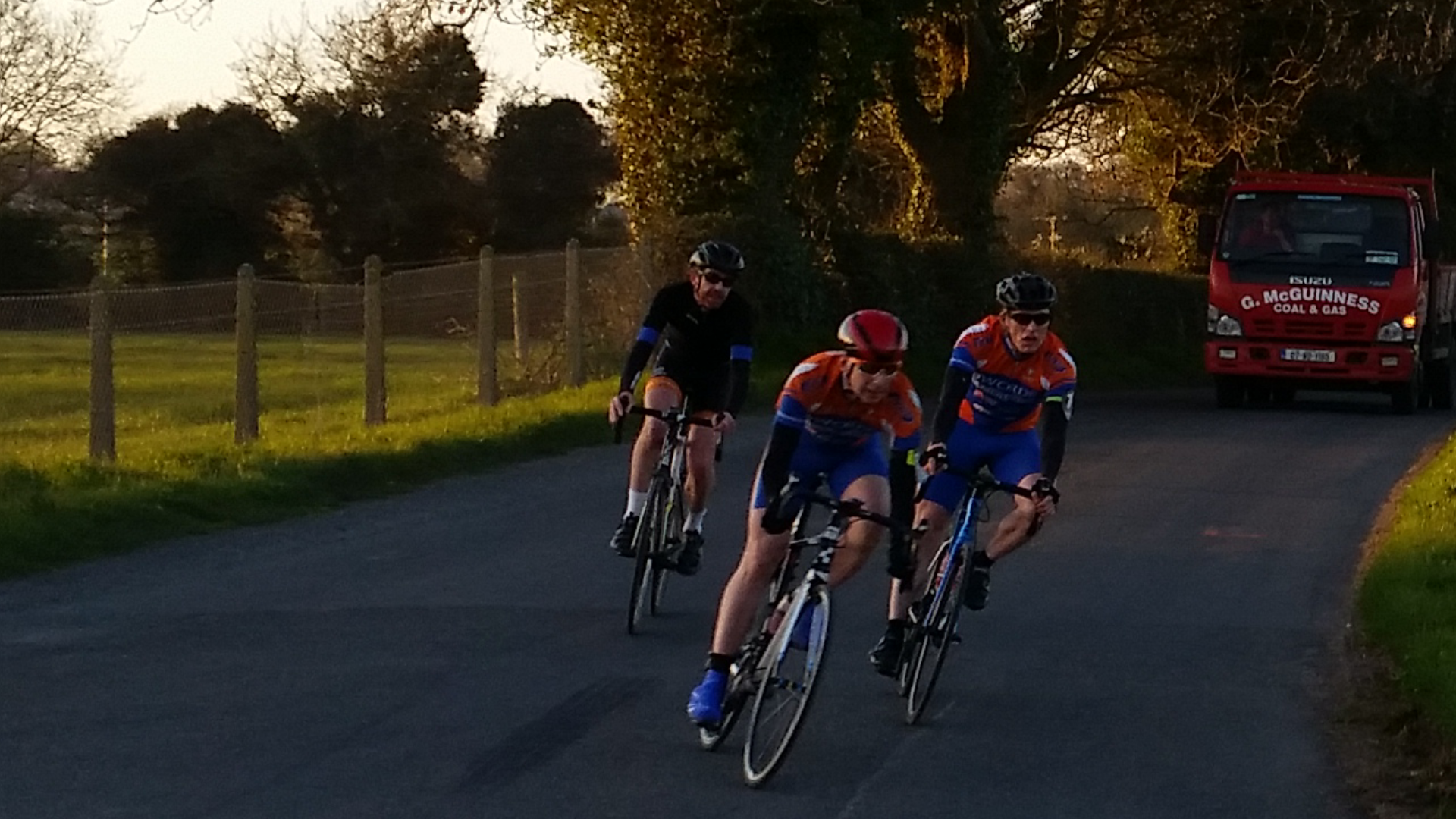 Thank you to Ciaran Mc Sweeney for the pictures.

No alliteration this year.